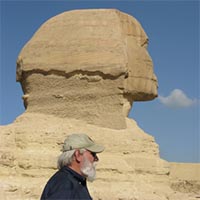 Lloyd went to high school in Gaithersburg Maryland and later joined the U.S. Army, serving in Vietnam. After leaving the service, he earned a B.S. degree in Biology from Hood College and a M.S. degree from Virginia Tech. Until his retirement in 2017, he was employed by Virginia Tech as a Senior Research Associate and Extension Specialist.

He is survived by his wife, Patricia Ann, and his siblings John Walter Hipkins, Charlotte Naomi Miller, and Thomas Scott Hipkins. In addition, he leaves his sons, DK Hipkins (Crystal) and Perry (Ana Maria); grandchildren Duane, Evan, and Sabrina; and many nieces, nephews, and in-laws. His family and friends mourn his passing, but will take solace in wonderful memories—and most especially the love, guidance, time, and talents that he so generously shared with all he knew.

His family will receive visitors at McCoy Funeral Home in Blacksburg, VA from 3:30 – 4:30 p.m. on Tuesday, April 2; visitation will be followed by a memorial service at 4:30.

Arrangements by McCoy Funeral Home; online condolences may be sent to http://www.mccoyfuneralhome.com/.