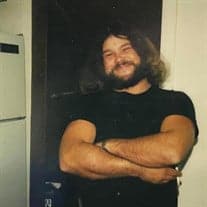 Harvey Hinkley went to be with the Lord on January 11, 2022. He was preceded in death by his parents, Harry and Stella Shephard; sister and brother-in-law, Diane and Michael Bane; nephew, Shane Bane; as well as his longtime companion, Faye Sorah. He had 2 other children who passed away, Shawn Hinkley and Shirley Hinkley.

Everyone called him Buddy for a nickname.

He loved his family very much, his radios, and his 2 German Shepherds and 2 cats.