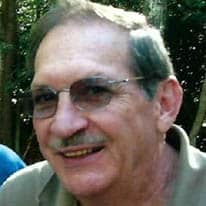 Thomas William Hilton, 76, passed away in his sleep on Monday, December 27, 2021. He was preceded in death by his parents, Curtis M. and Stella C. Hilton of Pearisburg, VA. Surviving are one son, Andrew Scott Hilton of Danville, and one brother, Rev. Gerald Hilton of Richmond. Other surviving loved ones include a nephew, niece, cousins, and special friends and neighbors.

Tom, or Tommy to his friends, lived in his boyhood home in Pearisburg and attended the First Church of God. Graduating Giles High School in 1963, he was one of the track team’s Cross Country State Champions. He later received a diploma from Danville Technical Institute in Air-Conditioning & Refrigeration.

Enlisting in the U.S. Army during the Vietnam War, he utilized those skills in Turkey for two years before serving as a Drill Sergeant in Fort Lewis, Washington. He received National Defense and Good Conduct medals prior to his Honorable Discharge. Proud of his service, Tom was a lifetime member of the Vietnam Veterans of America.

Visitation will be at Kendall Funeral Home’s Chapel on Monday, January 3, 2022 at 1:00 PM, with Services at 2:00 PM. Interment to follow at Birchlawn Burial Park. In lieu of flowers, Tom requested donations be made to Pearisburg First Church of God, 1505 Wenonah Ave. Pearisburg, VA 24134. A guestbook is available by visiting www.kendallfuneralhome.com. The staff of Kendall Funeral Home are honored to serve the Hilton Family.