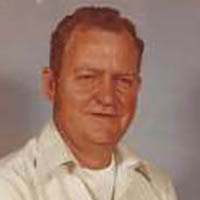 William Robert “Willie” Higgs, 76, of N Main St, Pearisburg, departed this life Monday morning, March 31, 2014 at Giles Community Hospital in Pearisburg after a long illness. Born in Giles County on August 25, 1937, he was a son of the late James Harvey and Nellie Griggs Higgs. He was also preceded in death by his brother, Harvey Lee Higgs. Willie was the smiling face and skilled hands that attended the clients at Ingram Pontiac Service Station at Bluff City and later at Sandy’s Service Station in Pembroke. With his wife he attended The Church of God of Prophecy in Pearisburg.

He leaves to cherish his memory his beloved and devoted wife Juanita Fletcher Higgs; his brothers and sisters-in-law Clarence Edward and Erma Higgs of Pearisburg and James Mayo and Linda Higgs of Hillsville; and a host of other relatives and friends.

Funeral services will be conducted Friday, April 4, 2014 in The Kendall Funeral Home, 605 Snidow St., Pembroke at 2:00 pm with Pastor Bill Brown and Pastor Eddie Kendall officiating. Burial will follow in the Fletcher Family Cemetery on Fletcher Mt. at Narrows. The family will receive friends at the funeral home Thursday evening from 6 until8 pm. Online condolences may be sent by visiting kendallfuneralhome.com.