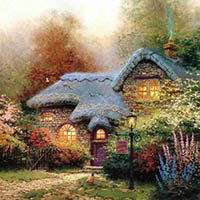 She was a devoted wife, mother and grandmother and will be sadly missed by all that knew her.