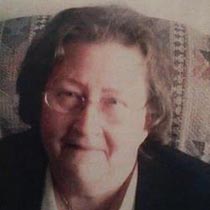 She was born October 12, 1934 in Dublin, the daughter of the late George E. and Daisy L. Tolbert. She was a member of Frontier Church in Leesburg, Fla. and was preceded in death by her husband, Melvin Phillips and one son, Robert Carl Phillips.

Survivors include sons and daughters-in-law, Ronald Trent and Willa Phillips, Jerry Melvin and Michelle Phillips, and Donald Ray and Dawn Phillips; daughter, Lorrie Kaye Horton; 8 grandchildren and 6 great grandchildren; sister, Eugie Dishon; and many other relatives and friends.The family will receive friends from 5 until 7 p.m. on Monday, January 30, 2017 at the Mullins Funeral Home in Radford. Graveside services will be held at 10 a.m. on Tuesday January 31, 2017 at the Pentecostal Conference Cemetery in Dublin with Rev. Frankie Graham officiating.

The family is in the care of Mullins Funeral Home & Crematory in Radford. www.mullinsfuneralhome.com.