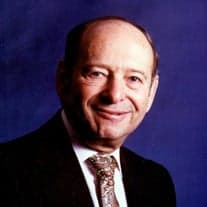 Dr. Robert A. Heller, Professor Emeritus, Virginia Polytechnic Institute and State University, passed away peacefully on Nov. 3, 2021 in Burlington, N.C with his wife and sons at his side. He was 93 years old and by his own words “Did everything he wanted to do in life”.

Robert was born in Budapest Hungary on Feb. 12, 1928. Robert had a happy childhood until World War II when he was forced to go into hiding. He was a holocaust survivor who was placed in a Swedish safe house where he bravely protected over 100 younger Jewish children. After the war, he and his family emigrated to New York City where he started a new life and attained a Phd in Civil Engineering at Columbia University. He was married in 1954 to Agnes Sekely, the love of his life and became a father a few years later.

As a structural engineer, Dr. Heller maintained interests in elastic behavior of structures, fatigue, reliability, and safety of structures and probabilistic mechanics. He co-authored “Structure in Architecture” used in numerous university courses and translated into 10 languages and four editions. He co-authored “Salvadori’s Structure in Architecture” in 2016, contributed over 100 articles to scholarly journals, and worked with the National Science Foundation to develop educational films which are now in the Library of Congress.

In 1967, Dr. Heller became a full professor at Virginia Tech in Blacksburg, VA where he taught for 30 years and became the J. Frank Maher professor emeritus. He was a mentor to, and loved by his students and respected by his colleagues. In 1982, he received an Outstanding Educator award. Dr. Heller was a consultant for the U.S Army and Air Force, the government of Sweden and Brown Boveri in Germany. He was a Fulbright scholar at Technishe Universitat in Austria and visiting professor at Budapest University of Technology and Economics. Dr. Heller is endorsed by Marquis Who’s Who as a leader in the fields of engineering and higher education.

Robert loved to water ski and snow ski. He traveled with his loving wife Agnes to many countries from Russia to China and all over the U.S. Robert was a devoted and loving husband often giving Agnes credit for his success and writing her love poems. He and Agnes shared a love for Opera and classical music and supported many philanthropic endeavors. Robert was a wonderful, beloved father, who shared with his sons skiing, camping, travel, education, love of family and family heritage. He was a mentor, role model and inspiration to many. Robert was a very modest, humble and selfless man who enjoyed life and minimized life’s difficulties. He was a friend to many and always conscious of other’s needs. He had a great attitude, good humor and good will, who touched and inspired many. Robert was not just a gentleman, but a gentle man, who took care of, and was loved by his family, friends, colleagues and students.

Robert was preceded in death by his Father Jeno, his Mother Sari and his sister Aniko. He is survived by his wife Agnes, his sons Tom and Jim (Carol), his grand-daughter Sara, nephew Steve Maroti (Michele) and various nieces and nephews.

A memorial service will be held Nov. 12, 2021 at 10:30 am at 1860 Brookwood Ave, Burlington, N.C (mailing address is 1880 Brookwood). A graveside service will be held Nov. 12 at 3 pm at Temple Emanuel Cemetery, 2900 Orange Ave NE, Roanoke, VA 24012. Non-residents of Brookwood are screened at the Rockwood Ave gate and required to wear masks. On line tributes and condolences, may be posted at mccoyfuneralhome.com.

In lieu of flowers, donations may be made to the Robert Heller scholarship fund, Department of Biomedical Engineering and Mechanics at Virginia Tech or to Temple Emanuel, Roanoke VA. Arrangements by McCoy Funeral Home, Blacksburg.