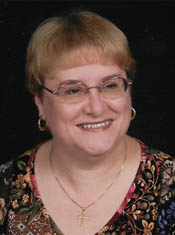 Deborah Daly Hayes-Murphy, 60, of Christiansburg, passed away Wednesday, June 25, 2014, at Radford Health and Rehab Center in Radford. Born in Pearisburg, on August 8, 1953, the daughter of Joseph Daly Hayes and Vivian Smith Hayes. In addition to her parents she was preceded in death by her older brother, Joseph (Willie), twin brother, Douglas, and husband, Michael Murphy.

She is survived by niece and nephew, Mary James and Jackson Hayes; special cousin, Patricia Bettendorf and family; and stepdaughter, Alexandra Murphy. She will be greatly missed by close friends Vickey French, Patsy Neice, Jane Oakes and family, and Brenda Cox. Special thanks to the staff at Radford Health and Rehab Center and to members and clergy of Luther Memorial Lutheran Church.

A memorial service will be held Saturday, July 19, 2014 at 2 p.m. at Luther Memorial Lutheran Church located at 600 Prices Fork Rd. in Blacksburg. The Pastor William King will officiate. In lieu of flowers donations may be made to Luther Memorial Lutheran Church or to the Humane Society of Montgomery County. Arrangements by McCoy Funeral Home, Blacksburg.