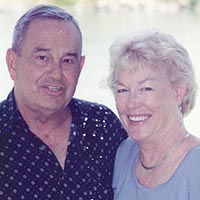 Charles Edward Hayes, 85, passed away Wednesday, March 6, 2019 at his home at Claytor Lake. He was retired from Inland Motors and a member of Grove United Methodist Church. He was a U. S. Navy veteran. He was preceded in death by his parents, Joseph and Genevieve Hayes.

Survivors include his wife of 64 years, Phyllis D. Hayes of Dublin; children and their spouses, Charles “Chuck” and Valerie Hayes of Christiansburg, Robert Lee Hayes of Christiansburg, Joseph Lloyd and Bonnie Hayes of Richmond, and Mary Hayes and Chuck Heavener of Blacksburg; grandchildren, Bryan, Hillary, Ashley and Kevin; great grandchildren, Elijah, Hudson and Ryder; brother and sister-in-law, Jim and Rose Hayes of Radford; sisters and brother-in-law, Betty Hayes, Mary and John Pino, all of Oak Hill, W.Va., Greta Calandros of Point Pleasant, W.Va., and Cathy Hayes of Parkersburg, W, Va.; special nephew and his wife, Joe and Donna Pino of Oak Hill, W.Va.; and many other nieces, nephews, relatives and friends.

The family will receive friends from 1 until 2 p.m. on Sunday, March 10, 2019 at the Mullins Funeral Home in Radford. Funeral services will begin at 2 p.m. with Rev. Mark Kilbourne officiating. Interment will follow in West View Cemetery in Radford.

The Hayes family is in the care of Mullins Funeral Home & Crematory in Radford. www.mullinsfuneralhome.com