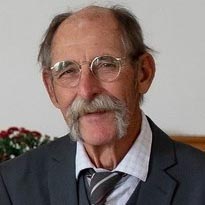 Earl Lynwood Hawley, 79, of Lafayette, passed away on Monday, January 17, 2022. He was a lifelong outdoorsman and enjoyed hunting and fishing throughout the country. He took pride in his military service, his career in driving tractor trailors, and the many houses and buildings he painted over the years.

He was preceded in death by his mother, Mary Edith Hawley. He is survived by his son and daughter-in-law, Gregory and Jennifer Hawley of Abingdon; his daughter and son-in-law, Amy and Timothy Glover of Salem; his daughter and son-in-law, Emily and Douglas Hundley of Roanoke; his son and daughter-in-law, Jeremiah and Brittany Hawley of Roanoke; his daughter, Autumn Hawley of Prince William; his grandsons, Noah Glover, Joshua Glover, Logan Hundley, Rhett Choi, Wells Hawley; and his granddaughters, Lilah Choi and Isabel Choi.

He wished to donate his body to science and to have his ashes returned to southwest Virginia to his son, Jeremiah. A memorial service has not yet been planned, but will be in the coming weeks and communicated out at that time.

Written in his bible he asked that Ephesians 4:5 be read when he went to be with the Lord. “One Lord, one faith, one baptism”.