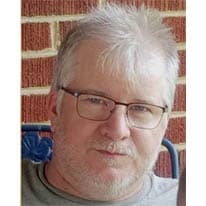 Michael Todd Harvey, age 51, passed away on Thursday, January 13, 2022, at his home after a courageous battle with cancer. Born December 27, 1970, in Pearisburg, VA, he was the son of the late Paul and Madeline Harvey. Todd loved spending time with his family and friends. Additionally, he enjoyed caking care of his fruit trees. He was a beloved husband, father, brother, uncle, and friend who will be missed by all who knew him.

Funeral services and visitation information will be announced later.