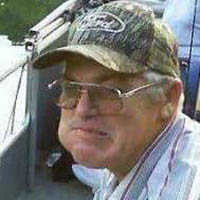 Jerry Michieal Harvey “Mike”, 68, of Mt Lake Road, Newport, departed this life Friday, September 14, 2018 in a timbering accident near his home. He was born in Pearisburg on October 10, 1948 a son of the late Charles Goff and Irma Mae Bowyer Harvey of Newport.

Mike was a 1966 graduate of Giles High School, was retired from Mundy Construction at the Celanese Plant in Narrows as a heavy equipment operator. He could operate any piece of equipment he was put on. He would stop to help any friend in need and always took care of his family for his entire life.

Funeral services will be conducted at 2:00 pm on Tuesday, September 18, 2018 in the Kendall Funeral Home, 605 Snidow St., Pembroke with Pastor Eddie Kendall officiating. Burial will follow in the Mike Harvey Family Cemetery at his home. The family will receive friends at the funeral home two hours before the services. Victor Link, Jeff Harvey, Dustin Harvey, Sterling Williams, Cody Proco, and Sherman Harvey will serve as pallbearers.