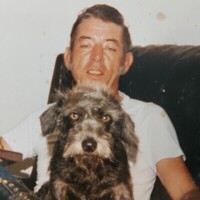 Garry Wayne Harvey, 79, of Newport, passed away on Tuesday, July 20, 2021 at his home. Mr. Harvey was born on November 30, 1941 to the late Charles and Irma Bowyer Harvey. Along with his parents he is preceded in death by his siblings, Jack Harvey, Jim Harvey, Mike Harvey, Charles Harvey, Vivian Link and Frieda Price.

Mr. Harvey is survived by his children, Lisa Harvey of Newport, and David Harvey and wife Lynette of TN. Grandchildren, Preston, Dustin and Jackson Harvey, Maggie Carbaugh and Sterling Williams and four great-grandchildren. He is also survived by his sisters, Ola Faye Craighead and Lois Harvey Price, special cousin, Robert Burns Harvey, special friends, Russell Tucker and Robert Albert, two special fur babies, Fred and Judy and several nieces and nephews. The family would like to thank Good Samaritan Hospice for the care they offered to Mr. Harvey.

Funeral Services for Mr. Harvey will be held on Friday, July 23, 2021 at 11:00 A.M. in the Kendall Funeral Home Chapel with Pastor Eddie Kendall officiating. A burial will follow in the Birchlawn Burial Park in Pearisburg. The family will receive friends on Friday, July 23, 2021 at the funeral home from 10:00 A.M. until time of services. A guestbook is available by visiting www.kendallfuneralhome.com. Kendall Funeral Home in Pembroke will be serving the Harvey family.