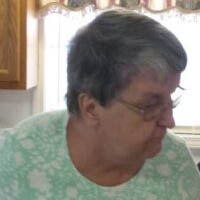 Brenda Kay Harry, 71, of Glen Lyn, VA went to be with the Lord on Wednesday, December 9, 2020 at Carilion Roanoke Memorial Hospital. Brenda was born on July 14, 1949 in Pearisburg, VA and was a daughter of the late James Otis Harry and Margaret Louise Butler Harry.

Besides her parents, she was preceded in death by one brother, Kenneth Ray “Bubby” Harry.

Brenda was a long time employee of Pulaski Furniture and the Goodwill Store in Pearisburg.

She is survived by her long time life partner, Roger Lawson of Glen Lyn and one brother, James Odell Harry (Judi) of Fishersville.

A memorial service to celebrate her life will be held at a later date. The family is being served by Givens – Riffe Funeral Service in Narrows, (540) 726-2442, and online at riffefuneralservice.com.