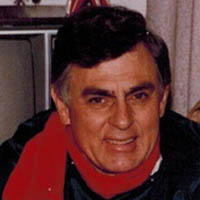 Bill grew up in Delaware County Ohio, where he graduated from Hyatts School in 1945. As an ROTC member he earned his BS in Education from Ohio State University in 1950, followed by two years as an officer in the United States Coast Guard ending in New Orleans. He married Freda Janet Muench on September 30, 1951. After his honorable discharge from the Coast Guard, Bill and Freda moved to Archbold, Ohio where Bill took his first job teaching math and science. Returning to Ohio State University Bill earned a BS in Mechanical Engineering in 1957. On graduation, Bill & Freda moved to Wilmington, Delaware where Bill started his first engineering job with DuPont in R&D after which he accepted a job offer in Towson, Md where Bill worked as a sales engineer in Industrial pumps and mixers. On April 1, 1970, Bill started his business in which he worked until his retirement in the 1990’s.

Bill was a devoted husband, father, and grandfather providing a strong and stable presence through all that life brought. He was also an active member of the local church wherever life took the family, with Bill and Freda finally landing at St John’s United Methodist Church in Lutherville, Md where Bill supported the church he loved with a servant’s heart, for many years. His life itself was a sermon attesting to the goodness of his God.

Memorial Service was held November 17 at Gardner Funeral Home, Floyd, Va. Internment at Dulaney Valley Memorial Gardens in Timonium, Md will be in the Spring, with details to be announced.