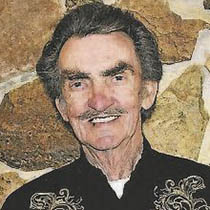 Early in the morning of Sunday, February 5th, 2017 our husband, our brother, our father, grandfather and our dear friend, Jerry Harris went to his heavenly home surrounded by family and friends.

Jerry was born in Narrows, Va. on June 30th, 1940. He was the son of the late Luther Arvil and Irene Blankenship Harris of Narrows. He is survived by his loving wife of fifty-four years and his brown eyed baby, Evelyn Mullins Harris; daughter, Deborah Coker and husband Mark of Roanoke; daughter, Linda Harris and fiancé, Mike Mallabone of Christiansburg; and son, Ward Harris and wife, Mimi Kendall Harris of Pembroke; grandchildren, Zane Coker, Katelyn Coker, Ben Harris, David Harris, Kendall Harris, and Arlen Coker; one sister, Sarah Jeanette Fletcher; two brothers, Larry Harris and wife, Sandy of Narrows, Marlon Harris and wife, Waynette of Blacksburg; Jerry’s adopted family, the Richardsons; many cousins, nephews, nieces, and too many friends to count.

Jerry was a graduate of Narrows High School class of 1959. He attended Danville Technical College prior to working at Celanese in spinning. He joined his father in business at Harris Grocery in 1965. He continued the store keeping business in partnership with his brothers, Larry and Marlon. Jerry participated in Boy Scouts of America as a scout and as a scout leader. At age 55, Jerry started a second career as a millwright and pipefitter. Jerry called Wolf Creek and Hungry Hollow home.

He enjoyed people of all ages especially children. No one will know all those who Jerry helped along the way this side of heaven. Jerry was easily recognized in his black cowboy hat and boots. He enjoyed participating in Civil War Re-enactments with the 18th Virginia Company G and teaching others through living histories. He was an avid NASCAR fan. Jerry was a faithful Christian who loved his church family at Riverview Baptist Church. The only thing bigger than his smile was his humor and wit. He loved giving and receiving hugs, especially from all of the pretty ladies. The community will miss seeing him sitting outside of his home by his beloved fire pit. He was always loving, encouraging, and willing to share the wisdom of his life.

The family will receive friends from 6 to 9 p.m. on Tuesday evening at Riverview Baptist Church in Ripplemead, Va. A celebration of Jerry’s life will be held at 2 p.m. on Wednesday. February 8, 2017 at the Church. Interment will follow at Fairview Cemetery in Narrows. In lieu of flowers, the family requests donations to cover funeral expenses. Online condolences may be sent by visiting kendallfuneralhome.com.