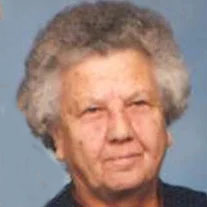 The daughter of the late Charlie and Mary Thompson she was also preceded in death by her husband Willis Harris, her sisters, Louise Croft and Ada Thompson, her brothers, Oakley Thompson and James Thompson also preceding her is a special nephew, Alfred Thompson.

The family will receive friends from 5 to 8 p.m. Saturday, Mar. 18 at the Horne Funeral Home. Funeral services will be 2 p.m. Sunday, March 19th in the Horne Funeral Chapel conducted by Rev. Layne Board with interment to follow in Roselawn Memorial Gardens.

The Harris family is being served by Horne Funeral Service, Christiansburg, VA (382-2612)