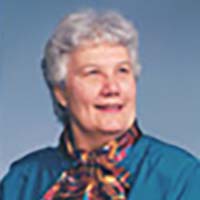 Freda Janet Harris, 90, of Floyd Virginia, previously of Timonium, Maryland passed away on March 12, 2021. Freda was born to Frederic W. and Vera E. Muench in 1930 and raised in Columbus, Ohio, where she graduated from Upper Arlington High School in 1948.

She married William Edward Harris on September 30, 1951 and earned her BS in Education from Ohio State University in 1953. Her first teaching job was at Bridge City Elementary School in New Orleans, where Bill was stationed in the Coast Guard. From there, they moved to Archbold, Ohio where Cindy was born in 1954. While Bill was back in school at Ohio State University, Debbie was born to them in 1957. On Bill’s graduation, they moved to Wilmington, Delaware for Bill’s first engineering job. The same day Freda gave birth to Chuck in 1958, Bill accepted a job offer in Towson, Md where Bill & Freda moved in 1959. In 1961 they moved to Eastspring Rd in Timonium MD where they lived until June 2017.

Freda and Bill were active members of the local church wherever life took them. They finally landed at St John’s United Methodist Church in Lutherville, Md where they worshipped and served together as deacons.

Freda’s favored things included her family, homemaking & cooking, serving the less fortunate in various ways, crossword puzzles, jigsaw puzzles, card games & dominoes with the grandchildren. Over the years she found many ways of serving the less fortunate including supporting and serving with Habitat for Humanity, volunteering with Meals-On-Wheels, supporting Native American Organizations, and other endeavors.

The interment will be at Dulaney Valley Memorial Gardens in Timonium, Maryland.