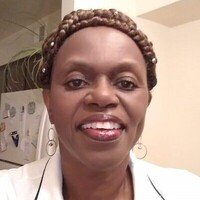 Deborah Ann (Muse) Harris, 68, of Newport News, Virginia transitioned to her Heavenly home on Saturday, May 28,2022 at her residence. She was born on February 18, 1954 in Roanoke, Virginia nestled in the foothills of the blue ridge mountains to Douglas T. Slaughter and Frances Muse Alexander.

As a former military spouse, Deborah travelled the world. Deborah lived and worked in Bentwaters, England and witnessed the wedding of Princess Diana and Prince Charles. Deborah loved the Philippians and often told stories about the wonderful friends she made there. Deborah also lived in Germany, stationed alongside her sister Jeannie “Dinka” and her husband, Jason. Together they were privileged to witness the Berlin Wall come down during President Reagan’s administration.

Deborah’s ministry and Calling was teaching. Her love for teaching began overseas as a teacher for the Department of Defense School System. When she returned from her time overseas, she attended Thomas Nelson Community College and received her certification in Early Childhood Education. She continued her career in the Hampton City Public Schools and worked as an Instructional Assistant in the Learning Lab at Kecoughtan High School with over 20 years of service. During the summer she worked for Hampton’s Recreation Department. Ms. Harris as she was affectionately called was loved by her fellow teachers and students, she was a force to be reckoned with. While Deborah had no biological children, she was a mother figure to her students and teachers. The students she taught were a big and important part of her life. She worked with the girls basketball team, chaperoned for many sporting and school events including proms and graduations.

Deborah loved family deeply. In the tradition of many families in the south she grew up in the home of her grandmother “Sadie” and grandfather “Raymond”. Along with her uncles/brothers and aunts/sisters and “Sonya” who was more like a sister than an aunt. Deborah never missed a family gathering and was the apple of her daddy’s eye. Like all daddy’s girls she could get anything from “Sonny”.

While we are left with many memories, Deborah left us to soon. She had so many plans for retirement, but she didn’t want to leave her students and co-workers. She had a house right across the street from her daddy in Draper where she planned to hang-out on the front porch with him. But God had another plan, He called her home to be with Him.

She was the oldest of six children.

Deborah left us with this epitaph for us to remember her by, when she was awarded Warrior of The Week by her beloved Kecoughtan High School: “When I reflect upon my life’s journey, I am reminded there is good in everyone. My favorite quote is “If the door doesn’t open-It’s not for you.” Deborah, on Saturday heaven’s gate opened for you, enjoy your reward- servant of God, well done.