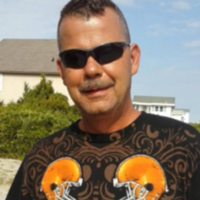 Charles Scott Harris, 58, of Pulaski, passed away Thursday, September 17, 2020. He was employed with Kollmorgen from 1984 – 2018. Scott depended and believed in God. He was preceded in death by his father, Garland C. Harris.

The family will receive friends from 4 until 6 p.m. on Tuesday, September, 22, 2020 at the Mullins Funeral Home in Radford. Funeral services will begin at 6 p.m. with Pastor Jon Greene officiating.

In lieu of flowers, the family requests that contributions be made to Hunters for the Hungry or Ronald McDonald House.

The Harris family is in the care of Mullins Funeral Home & Crematory in Radford. www.mullinsfuneralhome.com