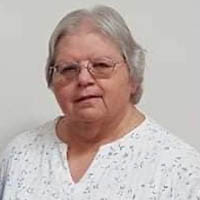 Judy Ratcliffe Harrell, 70, of Pearisburg, VA, went to be with the Lord on Wednesday, February 24, 2021 at Carilion Roanoke Memorial Hospital. Judy was born on April 19, 1950 in Pearisburg and was a daughter of the late Claude Ratcliffe and Myrtle Hankins Ratcliffe Jackson.

Judy was a 1969 graduate of Giles High School. She retired from the Town of Pearisburg in 2011 with over 41 years of service. After retirement, she served her community as an elected Councilwoman with the Town of Pearisburg (2012 – Present). In 2011, Judy received the Giles County Chamber of Commerce Citizen of the Year Award. She enjoyed serving her community and spending time with her family.

A Celebration of Life will be held on Monday, March 1, 2021 at the Givens Funeral Chapel in Pearisburg at 2:00 pm with the Rev. Bill Brown officiating with burial following in the Birchlawn Burial Park in Pearisburg. The family will receive friends at the funeral home Monday from 12:30 – 2:00 pm before the service. Memorial donations may be made to the New River Valley Relay for Life. We will be observing COVID-19 precautions, please wear a mask and observe social distancing Online condolences can be sent to the family at givensfuneralhome.com.