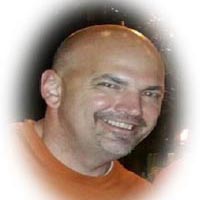 Anthony Lee (Tony) Harmond, 51, of Christiansburg, Va., died on Wednesday, August 5, 2015 in Franklin, Tenn.Tony was a Marshall County native and son of Jimmy and Catherine Hargrove Harmond of Lewisburg.

He was in the graduating Classes of 1982 at Marshall County High School and 1987 from MTSU in Murfreesboro. Tony was a manager with FedEx in Roanoke, Va. He was a family man who loved his family dearly and he was an avid golfer, in his spare time, always playing anywhere he could find a golf course.

Funeral Services will be conducted by Pastor Cliff Vines and the Rev. Fred Austin at 11 a.m. on Monday, August 10, 2015, from the chapel of London Funeral Home. The family will be at London Funeral Home on Sunday, August 9, 2015, from 4 until 8 p.m. and on Monday until the funeral hour for visitation.Following the services his body will be cremated and a memorial service will be conducted later in Christiansburg, Va.

In lieu of flowers, donations may be made to East Commerce Baptist Church, P.O. Box 1575, Lewisburg, TN 37091. London Funeral Home is in charge of arrangements.