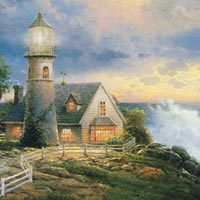 Roger Lee Harmon, 72, of Aiken, SC, formerly of Pearisburg, VA went to be with the Lord on Wednesday, March 2, 2016. Roger was born on November 12, 1943 and was a son of the late Albert Frank Harmon and Alice Marie Raines Harmon Stutler.

Besides his parents, he was preceded in death by his wife of 38 years, Joanne Whitlow Harmon, one brother, Eugene Harmon and one nephew, Jr. Barnett.

Roger was a retired employee of Carilion Giles Memorial Hospital in Pearisburg, was a member of the Castle Rock Baptist Church in Pembroke, attended Aiken Community Church, and was a former member with his wife of the Giles County Club in Pearisburg where they were avid golfers. Roger was also a member of the Pearisburg Lion Club and the Lions Club pin traders. He loved family gatherings, vacationing, his dog Mindy and had a passion for cars.

He is survived by three sisters and their husbands, Carl and Edith Barnett, Michael and Betty Viera, John and Joyce McClain, one sister-in-law, Karen Harmon, four nephews Steven Cole, Brian Cole and wife Robin, Michael and Chad Harmon and one niece Dorothy Barnett.

Graveside funeral services will be conducted Monday, March 7, 2016 at 1:30pm with the Rev. Gary Poff officiating. The family will receive friends at the Givens Funeral Home Monday from 11 – 12 pm. Online condolences can be sent to the family at givensfuneralhome.com.