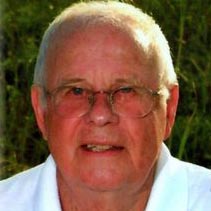 Herbert Ward Harless, 85, of Shawsville, went to be with the Lord on Monday, March 28, 2016. He was preceded in death by his parents, Zannie and Lelia Harless. He was employed at General Electric for 35 years. He served in the United States Air Force during the Korean War.

A special thanks to the Oncology and Infusion Center at Lewis Gale Clinic.

Funeral service will be 2 p.m. on Friday, April 1, 2016 at Lotz Salem Chapel with Pastor Mark Tolley officiating. Interment will follow at Sherwood Memorial Park. The family will receive friends on Thursday, March 31, 2016 from 6 to 8 p.m. at Lotz Funeral Home Salem.

Online condolence may be sent to www.lotzfuneralhome.com.