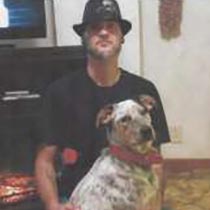 He was born in Roanoke, VA on October 17, 1980. Jason was a talented artist in his own right and did commercial house painting and pressure washing. He was preceded in death by his father Mikel Wayne Hare, his maternal grandparents Ross and Lanie Hilton, and his paternal grandfather Robert Hare.

Graveside services will be conducted Monday at 2:00 pm in Birchlawn Burial Park in Pearisburg with Pastors Reggie Britts and Eddie Kendall officiating. The family will receive friends at the Kendall Funeral Home, 605 Snidow St., Pembroke from 12:30 until 1:30 pm before the services. Online condolences may be sent by visiting kendallfuneralhome.com.