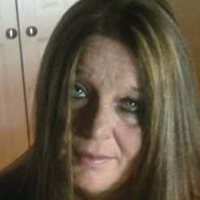 On Tuesday, March 16, 2021, Susan Kay Hardy, of Dublin, a loving wife and mother of four daughters passed away at the age of 62. Susan was born on June 20, 1958 to Ira Quesenberry and Mary Henderson.

Susan was a selfless loving, compassionate person who touched many people’s lives. She was strong in the darkest moments which was an inspiration to her children. She had a passion for gardening and her three cats. Most of all she loved her family.