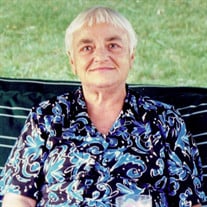 Embree Newton Prater Harder of Blacksburg, Virginia passed away June 17, 2021, at Heritage Hall. She was born in Bristol on March 9, 1936, a daughter of the late Price and Lena Newton Prater. She was also preceded in death by her husband of 57 years, Lloyd “Doc” Harder, a much beloved pharmacist in Blacksburg, and her two cherished sisters Elizabeth Prater Carter of Bristol, Virginia and Mary Gene Barnhill of Boston, Massachusetts.

Embree was a devoted family member. Left to cherish her memory are her two sons, David Lloyd Harder and wife Mary of Blacksburg and Michael Harder of Christiansburg, five grandchildren, six great grandchildren, and several nieces and nephews, all whom she loved dearly. Embree was an avid reader and loved to collect cookbooks and family photographs.

Lloyd and Embree spent the early part of their marriage in Bristol, Tennessee, where Lloyd worked for Embree’s uncle at Buntings Drug Store. Later they lived in Bassett, Virginia before settling in Blacksburg in 1969, where Lloyd owned Center Drug, which later sold out to People’s Pharmacy.

Embree will be buried with Lloyd at the Southwestern Virginia Veterans Cemetery in Dublin, where there will be a graveside service on Tuesday, June 29 at 11:00 a.m.

The family would like to thank the dedicated staff of Heritage Hall-Blacksburg who provided such love and care for Embree during her last years of life.