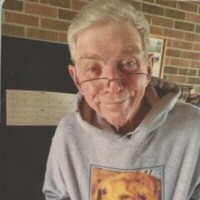 John P. Hamrick, age 77 of Pulaski passed away Monday, January 18th. A native of Webster County, West Virginia, John was a proud Vietnam Veteran serving 21 years in the Army. His military career consisted of posts in Hawaii, California, as well as Washington D.C. where he spent time serving at the White House and the Pentagon.

After retiring from the military John began working at the Radford Army Ammunition Plant (RAAP), what is now known as BAE Systems. John also retired from his career as well after another 21-year stint. An unadmitted workaholic, John never fully quit working as he spent another 10 years driving a school bus for the county. John’s passion for his work could also be found with the care he put towards his lawn and other hobbies. A beloved father, husband and friend, John will be missed by many.

Many nieces, nephews, and cousins