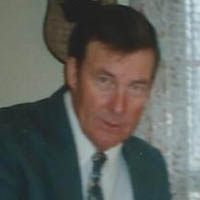 Eugene Codell Hamm, 68, of Hilltop Road, Pearisburg, departed this life Thursday evening, September 10, 2015, at his home in the loving care of his family and hospice. Born in Christiansburg on December 3, 1946, he was a son of the late Fred and Geraldine Carpenter Hamm.

For over 32 yrs. he had been employed in the maintenance department at Radford University and was a member of Pearisburg Church of God. He was preceded in death by his parents, and his brothers Stanley and Larry Hamm.

Funeral services will be conducted Monday, September 14, 2015, in the Kendall Funeral Home, 605 Snidow St., Pembroke with his pastor, Douglas Duncan officiating. Burial will follow in the Newport Cemetery at Newport. The family will receive friends at the funeral home Sunday from 5 until 8 pm. Online condolences may be sent by visiting kendallfuneralhome.com.