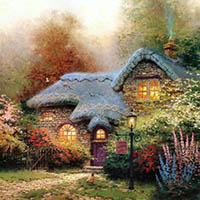 She was the daughter of the late Harvey Lee and Mattie Rucker Sheppard and she also was preceded in death by her husband, John W. Hamlin, Jr.

The family will receive friends from 5 to 8 p.m. Monday, Apr. 17, 2006 at the Walton Pentecostal Holiness Church.

A funeral service will be held 12 noon Tuesday, April 18, 2006, at Walton Pentecostal Holiness Church with Pastor Lee Sarver officiating. Interment will follow in the Belmont Cemetery. Online condolences may be sent by visiting hornefuneralservice.com. The family is being served by Horne Funeral Service, Christiansburg, Va., 382-2612.