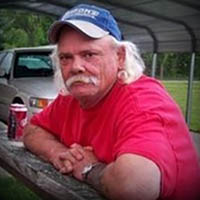 Raymond Albert Hamilton, 63, of Pulaski, passed away Monday, October 27, 2014. He was preceded in death by his father, Jake Hamilton, his mother and step-father, Elva M. and Otha Early Semones, his son, J. J. Hamilton and brother, Chris Hamilton.

Memorial services will be held Thursday, October 30, 2014 at 2:00 pm at the Parrott Church of God with Pastor Kenny Alley and Pastor Eddie Dalton officiating. The family will receive friends from 1:00 pm until the time of the service.

The Hamilton family is in the care of Mullins Funeral Home & Crematory in Radford, Virginia.