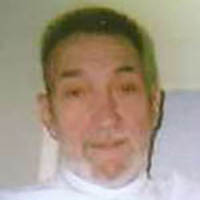 Melvin Tuck Hamblin, 79, of Pembroke, departed this life Sunday morning, August 30, 3015, at Carilion Roanoke Memorial Hospital in Roanoke. Born in Pembroke on June 27, 1936 he was a son of the late Robert Bernard and Louvenia Carter Hamblin.

He was a 1955 graduate of Pembroke High School, worked for many years at National Gypsum Co. at Gold Bond and at Giles Country Club at Pearisburg. Tuck loved helping everyone and after all the years that had passed he still talked about his friends at Pembroke. For many years after graduation he stayed at home to care for his parents and in later years lived with his sisters in Wytheville who took good care of him, and they always talked about the old days at home.

He was preceded in death by his beloved wife Betty Riddle Hamblin, his sister Addie Rose, his brother Glenn Hamblin and two nephews Dean Hamblin and Ricky Rose.

Tuck leaves to cherish his memory his brother and sister-in-law R B and Alice Hamblin of Pembroke, his sisters and brother-in-law Ella Rhea Hamblin and Patricia and Landon Saferight of Wytheville; his nieces and nephews Linda Carter of Vinton, Jeanette McGuire of Bristol, Cammy Johnson of Pembroke, Jenny Campbell of Lynchburg, Junior Hamblin of Pembroke, David Rose of Christiansburg, his step-children Bryan Bandy (Jackie), Michael Bandy (Leslie), and Sharon Dudding (Billy) all of Pembroke.

Funeral services will be conducted Wednesday, September 2, 2015 at 2:00 pm in the Kendall Funeral Home, 605 Snidow St., in Pembroke, with burial following in Birchlawn Burial Park in Pearisburg. The family will receive friends at the funeral home Tuesday evening from 6 until 8 pm. Online condolences may be sent by visiting kendallfuneralhome.com.