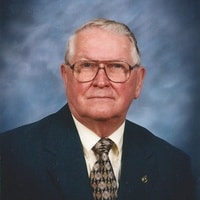 Donald Curtis Hall, Sr., 88, passed away peacefully at his home in Radford on Wednesday, May 15, 2019. Don was born June 12, 1930 in Amonate, Va., to the late Jack and Inda Belle Hall. He spent his youth in the coal mining community of Southwest Va. Don enlisted in the U. S. Army and was a decorated Korean War Veteran, serving as a Master Sergeant in the 5th Cavalry Infantry. After his military service, he worked as a government quality control inspector at the Radford Army Ammunitions plant until his retirement in 1973.

He loved the outdoors and was an avid trout fisherman and a huge Atlanta Braves fan.

In addition to his parents, Don was preceded in death by his wife of 59 years, Sara; a son, Donald Curtis Hall, Jr.; and his sister, Virginia Helen Hall.

The family will receive friends from 11 a.m. until 12 p.m. on Tuesday, May 21, 2019 at the Mullins Funeral Home in Radford. Memorial services will begin at 12 p.m. with Pastor Brian Turpin officiating. Interment with full military honors will follow in the Southwest Virginia Veterans Cemetery in Dublin.

In lieu of flowers, the family requests that donations be made to the American Heart Association or the Alzheimer’s Foundation of America.

The Hall family is in the care of Mullins Funeral Home & Crematory in Radford. www.mullinsfuneralhome.com