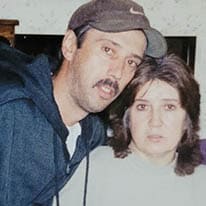 Funeral services will be held Wednesday, March 16, 2022 at 3:00 p.m. at Seagle Funeral Home with Pastor Josh Arnold officiating. Pallbearers will be Greg DeHart, Victor Hernandez, Parker Dalton, Jessie Coffey, Jr., Jack Taylor, Jr. and Jerry Dean. Interment will follow in Hufford Cemetery on Mt. Olivet. The family will receive friends on Wednesday at the funeral home from 1:00 p.m. until 3:00 p.m.

Online Condolences may be sent to the family by visiting www.seaglefuneralhome.com Arrangements by Seagle Funeral Home, Pulaski. 540-980-1700