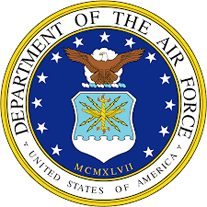 Larry Lambert Hall, 61, of Narrows, Va. passed away at Carilion Giles Memorial Hospital in Pearisburg on Wednesday, October 3, 2007 after a long illness.

He was born in Pearisburg on September 22, 1946 and resided in Narrows most of his life. He was retired from the United States Air Force and was a member of First Christian Church of Narrows. He was a fine playmaker guard on the 1964 Narrows High School basketball team that went undefeated.

He was preceded in death by his father, Perry Hall and brother, Don Hall. He is survived by his mother, Dorothy Hall of Narrows; and two brothers, Alan Hall of Charleston, W.Va. and Scott Hall of Roanoke, Va.

A special thanks to Larry’s three wonderful caregivers, Erin Thorne, Robin Vass, and Barbara Meadows. In lieu of flowers, contributions in Larry’s memory can be made to the Narrows Athletic Fund, Inc., 212 Main Street, Narrows, Va. 24124.

A visitation and gathering for family and friends will be held on Saturday, October 6, 2007 from 6 to 8 p.m. at Riffe’s Funeral Service in Narrows. Online condolence messages to the family can be sent to www.riffes.com.