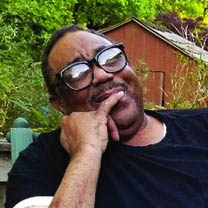 Howard Edward Haley, III was born on March 28, 1948, to the late Robert M. Haley and the late Alma Louise Stigger in Radford, Virginia. He was known as Howard Jr., Junebelle, Dad, and Pop. He passed away at home in Gaithersburg, Maryland, where he lived with one of his sons.

He is survived by a host of children, grandchildren, and friends from across the globe. He was an avid student of the Bible and loved to watch mystery and crime dramas on television. His life’s work included auto technician, landscape and herbology foreman, process instructor, and food service manager. Throughout his life he was human as we all are. His love for his family and friends was immeasurable. He will be sorely missed by friends and family alike.

He did not wish to have a funeral, however, his ashes will be spread in the New River so he can forever be “Sittin’ on the dock of the bay watching the tide roll in…”