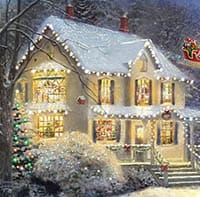 On December 6, 2020, Hazel Hale became an angel in heaven as she always was on earth. She was a devout Christian who lived her faith everyday of her 97 years. She was a charter member of Northside Presbyterian Church.

She raised her 6 children by sharing her faith and love of others. She was generous to a fault preferring to go without rather than see anyone in need. While raising her own children, she welcomed all neighborhood children into her home. Anyone who entered her home became family and felt her love. She loved to feed anyone who came into her home as well as any animal that was lucky enough to cross her path.

She was an amazingly strong woman who at the age of 82 began keeping her great granddaughter who was born premature. She was determined to take care of this baby and she did it. She has incredible strength and continually amazed her family right up to the end. She was a friend to all and will be missed by everyone who had the privilege to know and love her.

A graveside service will be held on Thursday, December 10, 2020 at 2:00 pm in Westview Cemetery with Rev. John Hopkins officiating.

In lieu of flowers memorial contributions may be made to the Blacksburg Rescue Squad at 1300 Progress Street NW, Blacksburg, VA 24060 .
Arrangements by McCoy Funeral Home, Blacksburg.