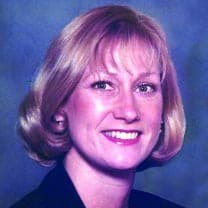 Barbara White Hagood, 68, passed away at home with her family on Friday, October 29, 2021, following a long, fearless battle against cancer.

Barbara was born on March 7, 1953, in Reidsville, North Carolina, to James Worsham White and Susie Newnam White. She was preceded in death by her parents, as well as her beloved grandmother, Mary Emma Worsham White.

Barbara grew up on the White family farm in Caswell County, North Carolina, and attended Bartlett Yancey High School, graduating in 1971. She completed her undergraduate education at Greensboro College and went on to earn a Master’s degree at Purdue University, where she met her husband, Edward Scott Hagood. Barbara and Scott wed in 1977 and together shared 44 years of marriage, raised three daughters, and celebrated the birth of six grandchildren. They made their home in the town of Shawsville, Virginia, where Barbara was privileged to have many wonderful friends and neighbors.

Barbara’s greatest joy was her family. Her love for her daughters was immense, and she gave of herself continually for them. With the birth of her grandchildren, Barbara’s joy multiplied. She treasured moments spent with each of them, whether at “Gigi’s house,” on visits to her daughters’ homes, or on family vacations to the beaches and mountains.

Throughout her life, and especially in her later years, Barbara displayed an unmatched strength and resilience. When confronted with successive cancer diagnoses in the mid- to late 2000s, Barbara met each challenge with characteristic fortitude, never wavering in courage. Most tellingly, she continued to place others’ needs ahead of her own, even as she quietly fought her own battle.

The Hagood family wishes to extend sincere gratitude to the physicians and staff of Blue Ridge Cancer Care for their extraordinary support of Barbara over the past fifteen years.

A service in celebration of Barbara’s life is planned for a later date. In lieu of flowers, please consider donations to the American Cancer Society. An online guestbook is available for family and friends by visiting www.johnmoakey.com.