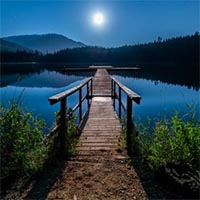 William Cardwell Hager passed away on February 6, 2020. Born in Max Meadows, VA on April 20, 1928, he was the youngest of five children born to Thomas H. and Mary C. Hager.

He served in the Army Air Corps, attended VMI, and graduated with honors from VPI in 1951 with a degree in Agricultural Engineering. Following graduation, Bill worked at Red Stone Arsenal in Huntsville, AL and Lawrenceburg Electric System in Lawrenceburg, TN. In 1956, Bill and his family moved back to Virginia where he worked for Appalachian Power Company, first in the Pulaski office, then the Christiansburg office from 1969 until his retirement in 1992.

A memorial service, conducted by Blake Griffith, will be held on Sunday, February 23, 2020 at 2:00 pm at Stevens Funeral Home, Pulaski, VA. The family will receive friends from 12:30 until the hour of the service.

In lieu of flowers, memorial contributions may be made to St. Jude Children’s Research Hospital, Potter Children’s Home and Family Ministries, or the Cystic Fibrosis Foundation