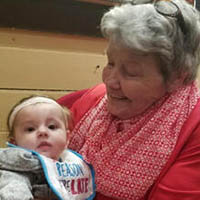 Mrs. Hagee was a member of the New River Baptist Temple and was a retired employee of WalMart.

Burial will be at the Southwest Virginia Veterans Cemetery, Dublin, Va. A private memorial service will be held at a later date.