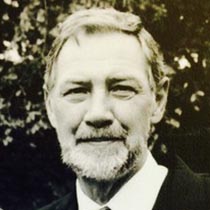 John William Hadaway, of Check, Virginia, passed away peacefully surrounded by his family on Wednesday, July 20, 2016 at Duke University Hospital. John was born in West Point, Georgia, November 21, 1941 and grew up on his family’s farm outside of Gray, Ga.

John joined the Army in 1958. He served mostly in Germany and rose to the rank of sergeant before being honorably discharged in 1964.

John was preceded in death by his father, John Thomas Hadaway, his mother, Fay Culverhouse Hadaway, his sister, Alice Culverhouse, and his brother, Joseph Thomas Hadaway. He is survived by his wife of 46 years, Susan Lee Ware Hadaway; his daughters and sons-in-law, Samantha and Bruce Dotson, and Amanda and Richie Hurst; his grandchildren, Victoria Estes, Judah Dotson, Shiloh Dotson, Dylan Hurst, Asher Dotson, and Naomi Dotson; his sister Betty Sue Hadaway; his sister-in-law Cheryl Hadaway; and a special nephew Joseph Samuel Hadaway and his family.

John was an incredibly loving family man and had a love for nature, especially the Blue Ridge Mountains which he was very happy to call home. It was his wish to be cremated and his ashes scattered among the trees. A private tree planting ceremony was held at the home of his daughter for close family members to mark the passing of this beloved man.

The Hadaway family is in the care of Mullins Funeral Home & Crematory in Radford. www.mullinsfuneralhome.com