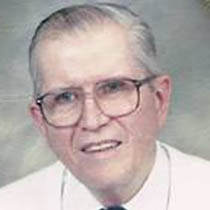 Besides his parents, he was preceded in death by his wife, Mildred Mack Gurney. Mr. Gurney was a Sgt. in the United States Army during the Korean War and was a member of the Holy Family Catholic Church in Pearisburg.

He is survived by one son, Robert Thomas Becker and wife Candice of Livonia, N.Y.; one sister, Jane Zimmerman of Irondequoit, N.Y.; and two grandchildren, Bryan Becker and Christopher Contreras.

A Holy Catholic Funeral Mass will be celebrated Thursday, August 11, 2016 at the Holy Family Catholic Church at 11 a.m. with burial following in Birchlawn Burial Park in Pearisburg. The family will receive friends at the Givens Funeral Home in Pearisburg Wednesday evening from 4 to7 p.m.

In lieu of flowers, memorial donations may be made to the Holy Family Catholic Church, 516 Mason Court, Pearisburg, VA. 24134. Online condolences can be sent to the family at givensfuneralhome.com.