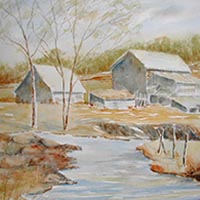 Kermit Lloyd Grim, 94, of Floyd, passed away on Monday, December 3, 2018. He is preceded in death by his parents, Zoll Lewis & Sallie Altizer Grim; and son-in-law, Bruce Mannon.

Funeral Service will be held at 11:00 a.m. on Thursday, December 6, 2018 at Topeco Church of the Brethren with Pastor Ted Turner and Pastor Mike Varner officiating. Interment to follow in the Topeco Cemetery. The family will receive friends from 6 – 8 p.m. on Wednesday, December 5, 2018 at Topeco Church of the Brethren. In lieu of flowers, donations may be made to The Gideons International, P.O. Box 742, Floyd, VA 24091.