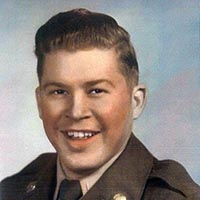 Robert Keith “Bob” Griggs, 87, passed away on November 30, 2020 at Our Lady of the Valley Assisted Living in Roanoke, Virginia after a long illness. He was the son of the late Joseph Lee, “Red” Griggs and Vivian Ferguson Griggs.

He was married to Noretta Gaye, “Bunny” Griggs who passed away in June of 2003. His daughter, grandson and granddaughter were by his side at the time of his death. He is survived by his daughter, Judy Griggs Brookman and her husband Bill. Bob’s grandson, Jared Brookman and his wife, Erica, of Panama City, Florida and his granddaughter Kayley Brookman of Roanoke, Virginia remained vigilant during his final days. Bob is also survived by his special great-grandson, Carson Vest who was the joy of his life.

Bob had a large, loving family who all referred to him as “Uncle Bob”. His house was always the place to be for his extended family, including lots of nieces and nephews. He was predeceased by his brother, Carvel Griggs and his wife Ellen, brother-in-law, Gene Reed of Rich Creek, a sister/brother-in-law Jean Meadows Thompson and her husband, Broge, and a brother-in-law Carlos “Garbo” Meadows, and a brother-in-law Norris Lewis of Christiansburg. Surviving Bob are three sisters, Judy Griggs Lewis of Christiansburg, Faye Jones and husband Giles and Jeanne Allen all of Peterstown. Additional survivors are sisters-in-law, Alma Jewell Reed of Rich Creek, Linda Meadows of Midway, Carol Faye Thorne and husband Oakie of Pearisburg and brother-in law Jack Meadows and wife Kathy of Dublin. Bob also had a daughter, Catherine Weissenberg from Santa Barbara, California and a granddaughter Kaitlyn Saperstein. Bob had a special relationship with the many loving nieces and nephews he left behind.

Bob graduated from Peterstown High School in 1950, attended Concord College and then enlisted in the army. He entered the US Army in June 1950, serving in Japan and Korea during the Korean War with a rank of Sergeant at his discharge in June 1953. After discharge from the military, he went to work with his dad as a heavy equipment operator building roads in a multiple state area. He worked for Savage Construction Company of Wheeling and Vecelio and Grogan Construction Company of Beckley. In his retirement years, he continued to work for JB Buckland to whom he was always grateful for allowing him to continue working and whom he counted as a dear friend.

His greatest hobby was his love of cars. He was always seen riding in a spit-shined red or black car and maybe speeding just a little. He loved life, loved his wife and family and rarely had anything negative to say about anyone. He always had a story to tell and an audience who was anxious to listen.

A time of remembrance and sharing of “Bob Stories” with family and friends will be held from 2:00PM until 3:00PM on Friday, December 4, 2020, at the Broyles-Shrewsbury Funeral Home in Peterstown, WV. Due to the regulations associated with COVID-19 and the WV Governor’s Mandate, those in attendance shall wear a mask and practice social distancing.