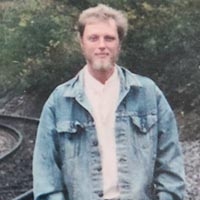 Frosty had a sharp sense of humor, always lifting the spirits of those around him with a practical joke or funny story. Frosty spent his younger years attending concerts of the great bands of the 70’s and 80’s. Frosty’s love for the outdoors, fishing/hunting and music was only surpassed by his love of family and friends.

Memorial services will be conducted Monday April 12th at the Givens Riffe Funeral Chapel in Narrows at 2pm . The family will receive friends at the funeral chapel from 1 – 2pm. The family is being served by Givens – Riffe Funeral Service in Narrows, (540) 726-2442, and online at riffefuneralservice.com.