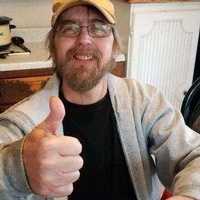 Johnny Ray Griggs, 52, of the Poplar Hill community of Giles County, passed away Monday, September 24, 2018 at his home. He was born February 28, 1966 at Pearisburg, VA, the son of Donald & Corenie Young Griggs.

He loved playing sports, especially football and basketball. He was an avid Chicago Bears fan. He enjoyed working on cars and wood carving. He served as a member of the Poplar Hill Fire Department for 25 years.

He was preceded in death by his mother, Corenie Young Griggs.

Funeral services will be held Friday, September 28, 2018 at 2:00 P.M. at A. Vest & Sons Funeral Home, White Gate, with Rev. Eddie Kendall officiating. Burial will follow in the Shannon Cemetery, Poplar Hill. The family will receive friends at the funeral home on Thursday, September 27, 2018 from 6:00 P.M. until 8:00 P.M.