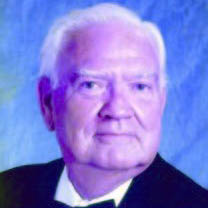 Bob loved his family and he is survived by his loving wife of 64 years, Dolores (Ebbert) Gribben; his sons, Rob Gribben and wife, Donna, of Christiansburg, Va., Tom Gribben and wife, Liz, of Orlando, Fla., and Tim Gribben of Arlington, Va.; his grandchildren, Joshua, Daniel, Brian, Nicole, and Zachary, many nieces and nephews; and his brother, Larry Gribben and wife, Joan, of Tridelphia, W.Va. He was preceded in death by three brothers and two sisters.

Bob graduated from West Virginia University and earned a bachelor’s degree in chemical engineering. After a long career that brought him to N.J., Md., W.Va., and Va., he retired in 1995 from Celanese located in Narrows, Va.

He was an active member of the Catholic Church, and spent many years of service as a cantor, Eucharistic minister, and member of parish councils. He was also a former Grand Knight of the Father Edward Fox Council of Blacksburg, Va. Bob was active in theater having acted and directed several community plays. He also received accolades for his one-man performance of Harry Truman in “Give ‘Em Hell Harry”, which he reprised multiple times to generate money for charities.

Bob was awarded the 2005 Virginia’s Governor’s Community Service and Volunteerism Award in recognition of his many hours helping other seniors navigate the complicated, confusing process of obtaining insurance benefits through which he helped many individuals save thousands of dollars.

The family will celebrate his life with a funeral mass at 11 a.m. on Saturday, July 31, 2021, at St. Isaac Jogues Catholic Church in Orlando, Fla. Future interment will be held at Mt Calvary Cemetery, Wheeling, W.Va.

In lieu of flowers, memorial contributions may be made to the Crohn’s & Colitis Foundation (crohnscolitsfoundation.org). Online condolences may be expressed to the family at www.acommunityfuneralhome.com.