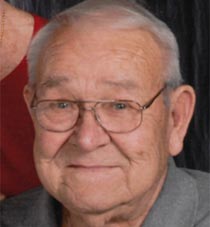 Charles Leon (Jack) Gray, age 80, of Christiansburg died, Wednesday, August 24, 2016, at Lewis Gale Hospital-Montgomery. He was born in Cripple Creek, Va on July 7, 1936 to the late Edgar Ray and Thelma Hale Gray. He was also preceded in death by his son-in-law, Ronald Baker.

Funeral Services will be conducted Saturday, August 27, 2016 at 2:00 p.m. in the Wesley Memorial United Methodist Church with the Pastor Charles DeHart and Pastor Neal Turner officiating. Interment will follow in the Roselawn Memorial Gardens. The family will receive friends from 6-8:00 p.m. Friday evening at the McCoy Funeral Home, 150 Country Club Drive S.W. Blacksburg, Va. Flowers will be appreciated or a memorial contribution to the Wesley Memorial United Methodist Church, 350 Stafford Drive, Christiansburg, Va 24073.