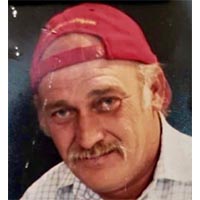 Belden Jay Gravley, age 55, of Parrott, died, Monday, September 30, 2019 at his home. He was preceded in death by his father, Clarence (Boots) Gravley; brothers, Terry Gravley and Dustin Gravley.

A memorial service will be conducted on Friday, October 4, 2019 at noon at Parrott Church of God. The family will receive friends from 11-12 pm prior to the service at the church.