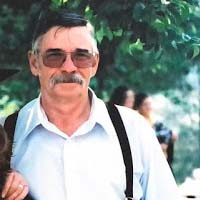 John was a lifetime member of the Locust Grove Fire Department and had served as Lieutenant. Following 20 years of work as a qualified machinist, John spent another 20 years of service as a highway and local truck driver alongside his wife, Barbara, before retiring. He led an extraordinary life which included being a Scout Master and an Elder in The Church of Jesus Christ of Latter-day Saints.

Graveside services will be held at 3:00 p.m. on Saturday, May 29, 2021 in the Wilson Cemetery with President Alec Carson, John Passic, and Dwayne Graham officiating.